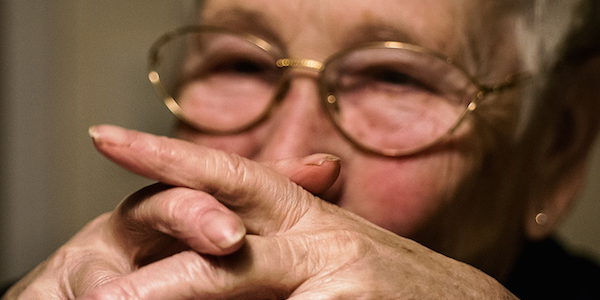 I had to be in school to give a presentation on Darwin and the evolution theory and all, but I didn’t feel like standing in front of the class and getting all those pitiful looks again, and listening to all that well meant advice of Miss Belvadeere – ‘Try to in- and exhale slowly,’ as if that helps when you stutter – so I decided to take the train to my grandma in New Jersey.
‘There’s a thunderstorm coming,’ was the first thing she said when she let me in. She was clearly afraid of that thunderstorm, so I said: ‘I don’t think it’s coming, Grandma,’ to ease her mind a little, but it was all a load of horse crap of course. I had no idea what the weather would do, and to tell you the truth, I didn’t really give a rat’s ass.
She shuffled to the living room. They gave her a walker after her hip surgery, but a walker was for old people, she said.
‘Don’t you have to be in school?’
‘N-N-Not really,’ I said. There it was again. The words bounced off of everything they could find and when they finally reached my mouth, there was nothing left of them.
Of course, my mother had sent me to one of those speech therapists, you know, Mr. Walsh. A decent fellow. He had a photograph of his dog on his desk. Popov, the dog was called. Mr. Walsh was always talking about his kids and his vegetable garden. About how he’d just seeded the cauliflowers and harvested the beetroots and all.
He taught me these idiotic things.
‘Try to jump onto the word,’ he would say, but I had no idea how to do that, jump onto a word. I guess it helped a little bit, but not a lot. His wife got ill or something, and then he moved away. Poor guy, working with these pathetic kids like me all his life, only to find his wife ill one day.
My grandma sat herself down in her favorite chair by the window. It was all she did now, sitting in that chair and staring out of the window. After grandpa died she occasionally said: ‘Maybe this is not for me anymore.’
She cut off a big slice of apple cake, put it on a plate and slid it over to me.
‘So you were in the neighborhood?’
At least her sarcasm was still there. Nobody could ever take that away from her. Even on her death bed she would ask: ‘What’s taking so long?’
‘Yes, exa-xa-xactly.’
I didn’t feel like explaining to her why I was here. It wasn’t any of her business.
‘And you really don’t have to be in school?’
She looked right through me. As much as she was only sitting by the window these days, there was very little that escaped her attention.
What the hell.
‘I have to give a presenta-ta-tation,’ I said. I sounded like a drunken sailor again.
‘About D-D-Darwinism and all.’
‘But instead you decided to visit your old grandmother?’
I took a bite of the apple cake. It was soggy, but I ate it all the same. I didn’t feel like looking her in the eyes. I hated it when adults gave me information to draw my own conclusion from, when it was very clear what they wanted to say in the first place. I knew I was on the run.
Outside, an old man was putting empty bottles into a bottle bank across the street. There were only old people living here.
‘Do you remember that you sent me that letter last year?’ Grandma asked. ‘Be a good boy and get it for me, will ya?’
‘Not that letter,’ I said.
‘Just get it, please?’
What could I do? Tell her she had to get that stupid letter herself? You don’t say that to an old person who just got a new hip.
I took the envelope from the top drawer. From the envelope I got the cassette tape and handed it over. I’d promised her that I would record all my letters to her on a cassette tape, because she liked the sound of my voice so much. So, I’d bought a tape recorder, especially for her, somewhere in a secondhand shop. It was pretty impossible to find a tape recorder this day and age, but what could I do? She’d completely missed the digital revolution.
She put the tape in the recorder and pressed play.
‘Dear G-G-Grandma, I have dec-c-cided something,’ my voice said, ‘something that is so important that I can only tell it in a l-l-letter, because that’s how you tell important things. I’ve dec-c-cided that I will not be s-s-stopped anymore. They can go to h-h-hell for all I care. If I want to s-s-say something, from now on, I will just s-s-say it! I don’t care if they c-c-complete the sentences for m-m-me, or if they look at me with pity, as l-l-long as I c-c-can say what I want t-t-to!’

She pressed stop and looked at me in that way that she looked when I already knew what she was going to say.
‘That was last year,’ I said. ‘This year is th-th-this year.’
‘A year is a long time,’ she said. ‘What time is that presentation?’
‘I’m already too l-l-late. Biology starts in t-t-twenty minutes.’
All of a sudden she got up.
‘Then there is still time to make coffee, and cut another piece of apple cake.’
She teetered towards the kitchen. If she thought I was going to do the presentation just for her, she had another think coming.
When she came back she looked at the clock.
‘You’ve got five minutes,’ she said.
I hoped I would hear the sarcasm in her voice again, but it wasn’t there. She was dead serious. Slowly, she shuffled back to her chair. She walked even worse with this hip than with the last one. It was really not a pretty sight.
I helped her back in her chair.
‘I think that thunderstorm is coming after all,’ I said. I hoped she would laugh, but she didn’t. She pointed at her watch.
‘Three minutes,’ she said and she took a slow sip of coffee. Over the rim of her teacup she peered at me, with her clear grey-blue eyes. When she looked at me like that I couldn’t deny her anything, that tiny old woman with her wrinkly hands. Once, during the war, she’d walked more than eighty kilometers to get a bag of potatoes, or something. And I was having a hard time over a stupid twenty minute presentation.
I took the Biology book from my bag.
‘You can’t give a presentation from your armchair,’ she said.
I got up, and stood next to the dining table.
‘And tuck your shirt in.’
She was really starting to get on my nerves. In that very special way, that only old people could. You knew they couldn’t help it. You knew it was probably never going to change, but it was still very annoying.
However, I tucked my shirt into my pants, and I started.